The email was sended, thank you for sharing !!
Share via email
- Please complete all the requiered fields.
- Please check your email.
Your name
Recipients email
Your message
Skip to content
New Territories: Laboratories for Design, Craft and Art in Latin America
by Andrea García Cuevas
August 10, 2016 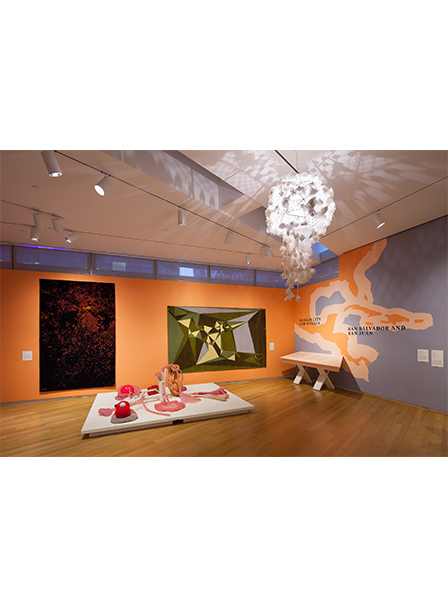 After its run in the Museum of Arts and Design (MAD) in New York, "New Territories: Laboratories for Design, Craft and Art in Latin America" has finally arrived to the Amparo Museum in Puebla. 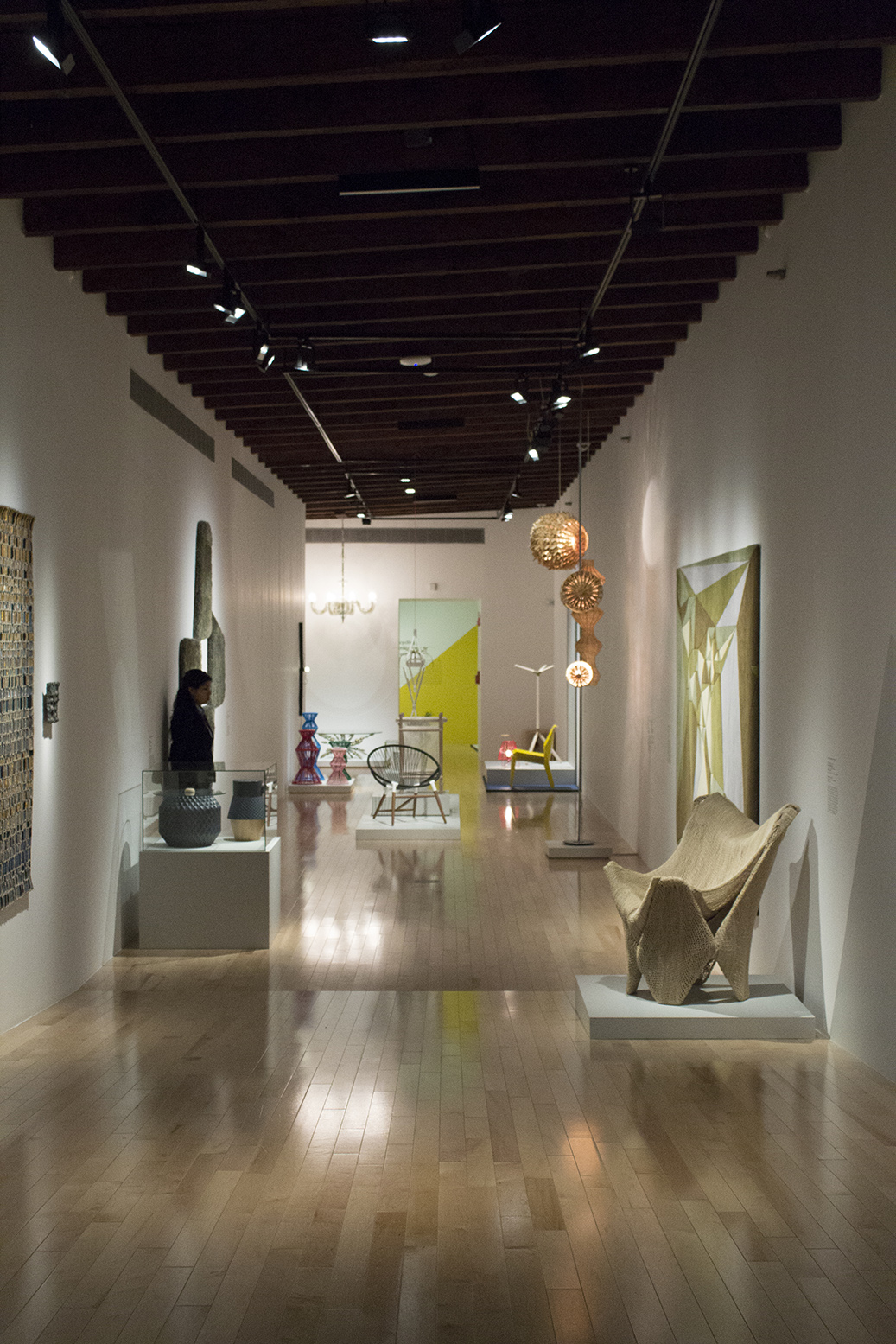 Pieces from roughly 75 designers, artists, craftsmen and collectives are displayed in about ten rooms. 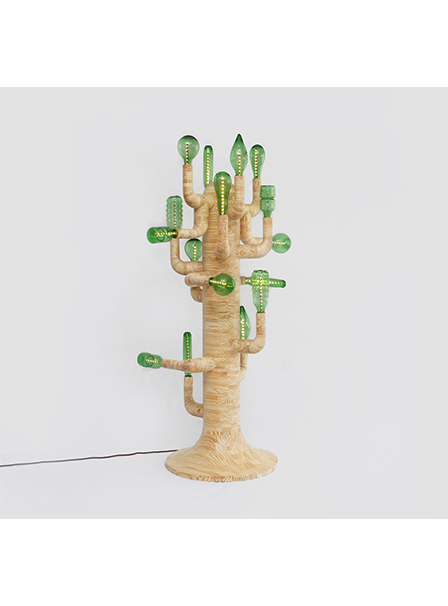 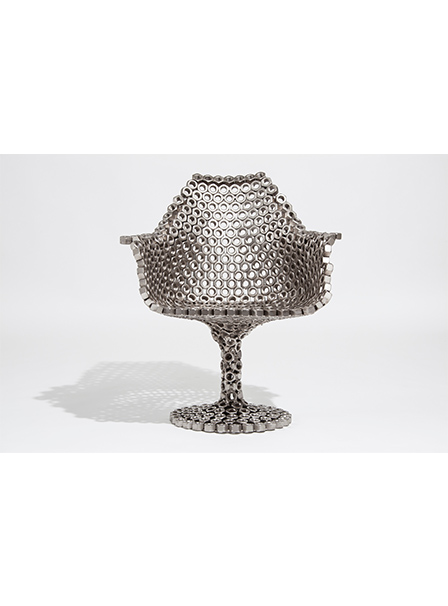 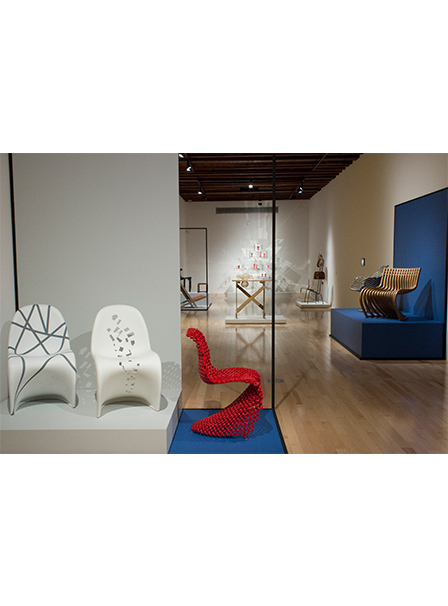 Both the concept and curatorial display are based on ideas developed by Gaetano Pesce. 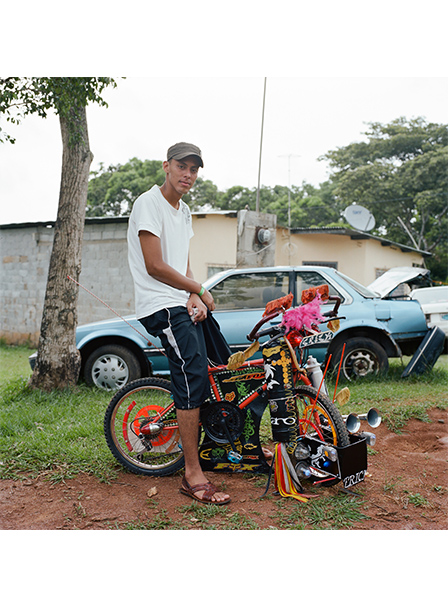 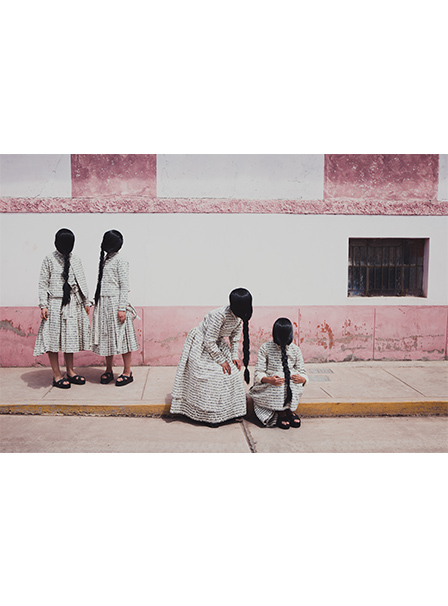 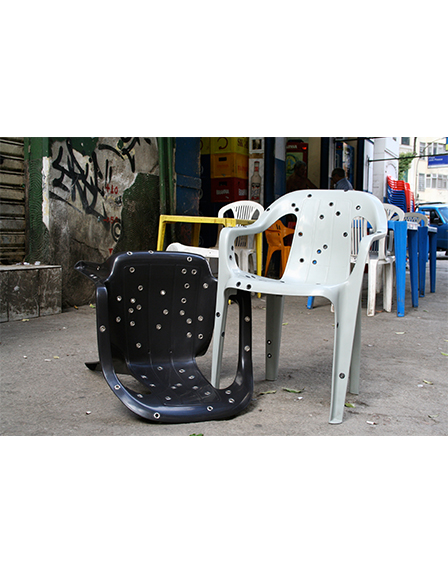 After its run in the Museum of Arts and Design (MAD) in New York, New Territories: Laboratories for Design, Craft and Art in Latin America has finally arrived to the Amparo Museum in Puebla (Mexico.) Pieces from roughly 75 designers, artists, craftsmen and collectives are displayed around ten rooms. MAD curators, Lowery Stokes Sims and William & Milded Landon, organized this exhibition. The project is the result of an extensive collaboration between a committee that includes: Regine Basha, Marcella Echevarría, Susana Torrellas Leval, Ana Elena Mallet, Nessie Leonzini Pope, Mari Carmen Ramírez, Gabriela Ranger and Jorge Rivas-Pérez.

Latin America, spoken in broad strokes, can be set as an equivalent to the African imaginary, meaning that this is to be considered as a homogenous place without diversity. The same can be said when referring only to the main cities of the region, such as: Mexico City, Caracas, Santiago de Chile, Rio de Janeiro or Buenos Aires, adding to this list two emerging markets: San Salvador and San Juan. Nonetheless, this curatorial endeavor attempts to avoid being too obvious or commonplace in its selection of these cities under the pretense of creating a division based on trends. This is illustrated by using examples, no only of Latam designers, but also through showing works of European, and even Asian creatives, that have become involved and work in this region of the world.

Therefore the exhibition is divided into six axes: Taking Craftsmanship into the Future (Mexico City and Oaxaca); Creating New Design Markets (San Salvador and San Juan); Upcycling and Repurposing Objects (São Paulo and Rio de Janeiro); Conversations with Artistic Legacies (Caracas); Cultivating Communities and Experimentation (Santiago de Chile and Buenos Aires); and Navigation of Personal and Civic Spaces (Habana). Each of these axes seeks to wander between art, design and craftsmanship projects, or through a point in between these, although a higher inclination towards design permeates the collection.

There are two questions that ripple throughout New Territories: the first been a questing regarding the nature of a territory, and the second problematizes if it’s still relevant to question the fringe between design, craft and art. Both the concept and curatorial display are based on ideas developed by Gaetano Pesce, Italian architect and designer: “For over 50 years I’ve firmly believed that objects express value that isn’t exclusively utilitarian and that what it’s called art reveals its own functionality, as it has done in the past; and so, the barriers of artistic expressions need to opened towards new territories that eliminate these walls that separate different creative media and generally enrich culture.”

Aside from good intentions, Pesce’s “New Territories” don’t seem to carry much force throughout this exhibit. Even though the curators tried to eliminate these barriers the decision to divide each space into cities and disciplines accentuated the differences between Latam territories, at least in a linguistic level. The result highlights the fact that each artistic expression is clearly influenced by a particular political, social and economical context. The exhibition lacked stand alone crafts projects, its presence been reduced to a collaboration between craftsmen and designers, a common occurrence for both fields. New Territories also approached some of the more reflexive themes, such as “Navigation of Personal and Civic Spaces” primordially through art, example: La Plaza Vacia (2012) by Coco Fusco, which exposes the use of the Revolution Plaza in Habana, solely as a public space for politics and tourism.

Meanwhile new territories focuses entirely in the result instead of the processes that highlight the meeting point between art, design and craftsmanship. Even though design traditionally leans towards a materialistic culture, as a discipline its focus does not exhaust itself in the so-called industrial praxis. So, from this outlook, to talk about design is as complex as talking about Latin America, as it was pointed out earlier in this essay. We must not forget that the end result of this praxis doesn’t reside solely in creating aesthetic and functional objects, but also in exploiting possibilities, setting scenarios, influencing the everyday and creating relationships.

New Territories: Laboratories for Design, Craft and Art in Latin America in broad strokes punctuates the importance of observing design from the point of view of a museum, bestowing design a place that separates it from a purely contemplative state. It is necessary to think about the importance of design exhibitions, especially in a country such as Mexico, where museums are just starting to grant the discipline a place in their halls and and ponder about the following questions: How is design approached through our context? What spaces are idyllic for thinking and observing design? How can this exercise become a way to pass down knowledge?

All in all, there are still some questions that remain unanswered: Must crafts reach the future? Are crafts adapting to the demands of the market? Does Latin American design create new markets only through galleries in Europe and Latin America? How can context, particularities and resources be harnessed to fuel new platforms, possibilities and outlets for design? Beyond getting noticed for a hearty production, what are the implications of being considered as creative territory? Then there is the question that keeps popping up: Is design art? “Design ≠ Art. Good ideas in design require further development after they are presented in museums as an experimental and loud gesture. Only then can they add meaning to a world of everyday objects and reach a wider audience.” Hella Jongerious and Louise Shouwenberg, “Beyond the New: A Search for Ideals in Design” 2015.