The email was sended, thank you for sharing !!
Share via email
- Please complete all the requiered fields.
- Please check your email.
Your name
Recipients email
Your message
Skip to content
Fernando Laposse: Design with Renaissance Soul
by Andrea García Cuevas
April 26, 2016 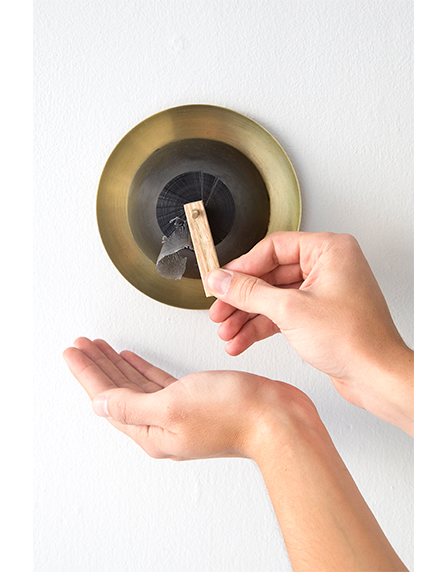 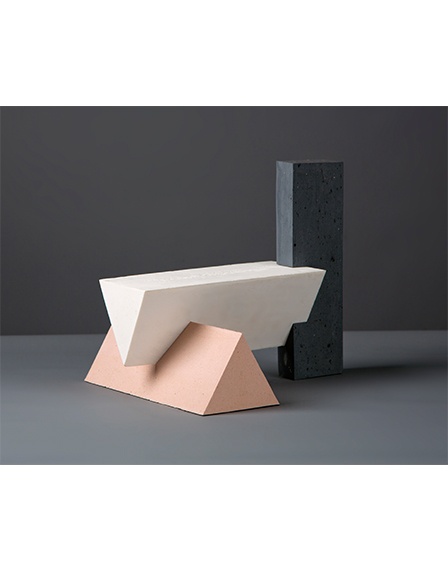 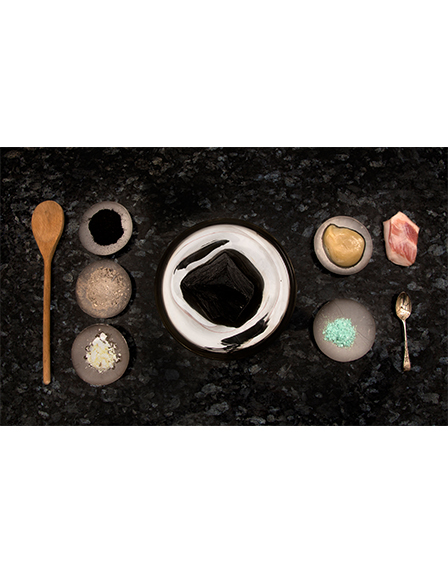 A chef uses ingredients, a designer materials, nonetheless, both seek to achieve a balance between creating something for others and imprinting their own particular style or personality. 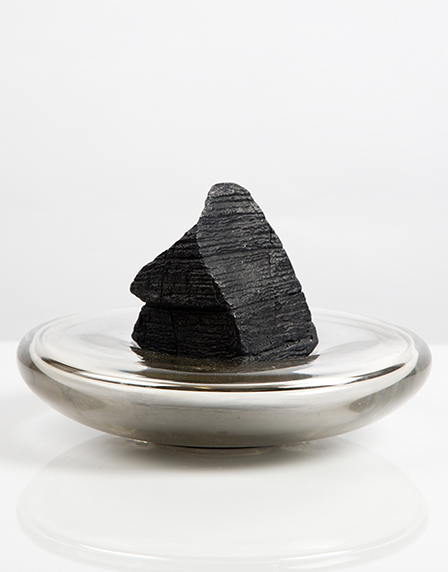 "Malachi 3:2" A black soap moulded in the shape of a rock to make reference to the philosopher's stone, and a silver blown glass bowl which relates to the obsession of the alchemist to produce quicksilver or mercury. 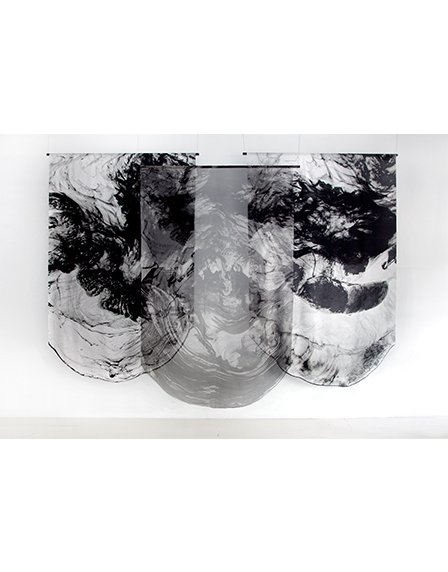 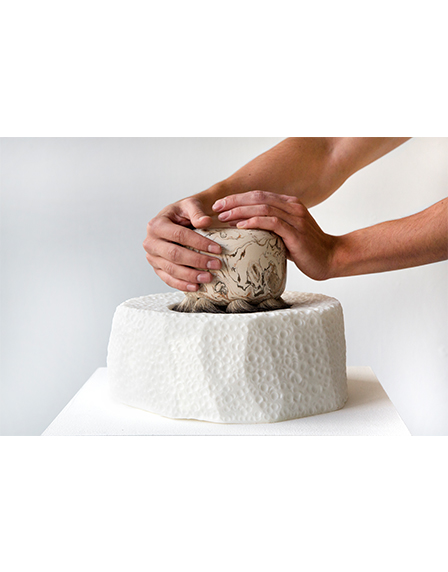 Designer by trade, Fernando Laposse is not limited by the stark definition of title. “Every time I tell someone that I am a designer the first thing they ask me is ‘what do you design?’” To explain his practice, Laposse quotes George Nelson, American architect and designer, by giving us a glimpse into Nelson's conception on design: "Design... is an attempt to make a contribution through change. When no contribution is made or can be made, the only process available for giving the illusion of change is 'styling!'"

The question arises, is Laposse an artist, a designer, a chemist or an inventor? How can one define through words what experience registers as a multiplication of the senses? An answer might imply setting boundaries: “To define oneself is, in a way, to limit oneself. In some professions specialization might be desirable, nonetheless, I feel more inclinded to identified with the idea of the Renaissance man or the polymath. Both permit you to be seen as a diasporic collection of skills that complement each other, instead of having just one specialty.”

Aside from earning a degree from Central Saint Martins in London , Laposse has perceived that there are particular deficiencies in the educational system; deficiencies that will eventually impact the main objective and practice of the trade. “Nowadays, considering the large amounts of design graduates, the contemporary designer is being trained to find the easy-way-out, meaning styling. I hope this educational model begins to change because design is not only about defining the look of an object, but also about using an ensemble of techniques to question systems and paradigms, and to propose stylish and functional solutions.”

Therefore, while not forgetting about the importance of functionality, Laposse’s approach escapes from the rigidity impossed by methodology and becomes a quasi-experimental process that is not constrained by the industry’s dynamics. “I enjoy incorporating none-industry processes because there is great potential residing in the challenge when you create your own methods for producing an object. Homemade is not an equivalent to poorly made.” Recto Verso (2014) — a collection of dessert plates— or Selfridges (2014) — an installation inspired by a Mexican lollipop known as cachetada— are just some of the examples that showcase Laposse’s interest in diverse fields like gastronomy or chemistry.

“Unlike art, that has an introspective nature, cooking’s target is producing a result that will be enjoyed by others, just like design. A chef uses ingredients, a designer materials, nonetheless, both seek to achieve a balance between creating something for others and imprinting their own particular style or personality.“ For Laposse, this relationship between food and design is linked to his identity and his childhood. He tells us about his grandfather, who was a pâtissier and baker, and founded a bakery that has been passed down through generations, including to Laposse’s father and brothers. When analyzing his own methodology and techniques, Laposse finds similarities with those of the kitchen: “I am inspired by a chef’s ability to keep experimenting with new combinations. A chef does not imagine a recipe and then finds someone to cook it, instead he tries different outcomes firsthand and maps the direction of a new dish.”

Aside from using the kitchen as starting point, in Sugar Glass (2014), a series of edible glasses, made 100% out of sugar, Laposse also uses procedures that bring to mind a science lab. “One of the recurring themes in my work is chemistry. To transform materials it is necessary to understand their behavior, which in some cases means understanding them in a molecular level.” Another example following this line of work is that of the series Saponaceous (2015), in which Laposse saponified animal fat with caustic soda to create soap following an ancient crafting technique.

Meanwhile, Totomoxtle (2015), which means corn in Zapotec, is the result of an expansive investigation done in Oaxaca, where cornhusk is used as flywood. This process led Laposse to immerse himself in Mexico’s agricultural politics where  currently a battle between the traditional maize fields and new transgenic farming is being played out. “Totomoxtle attempts to bring to light the great gastronomic diversity and variations of corn that we have, this will highlight the danger that a lack in regulation in transgenic farming creates.”

In Totomoxtle, as well as in other projects, Laposse also questions the action of consuming and consumerism. In a time in which design leans towards the veneration of an object, how can one approach this subject through practice? Although Laposse’s answer is extensive, it is food for thought:

Consumerism is keenly related to desire. In many ways the job of a designer is to create desirable styled objects. The conundrum I see nowadays is that the design market is becoming more and more like “High Street Fashion”, both in production and consumerism. Therefore, the production and consumption of objects and furniture has become accelerated, taking it to such speeds that it has become very difficult to develop new aesthetic movements. Time has been shortened; between proclaiming a new vogue, commercializing and making it available to the masses the timetable has been reduced, this cuts the aesthetics short, prohibiting them from reaching a level of maturity, like they did in the past.

Vance Packard explains this phenomenally in his essay “The Waste Makers” (1960), in which he establishes a distinction between the laid out ephemerality of functionality, the built-in flaws that will manifest at some point, and the obsolescence of a planned desirability —also known as psychological obsolescence — phenomenon were an object ceases to be desirable with the arrival of a newer one.

Unfortunately, planned obsolescence has become one of the pillars of our economic and consumer model, and thanks to the Internet it has accelerated at a horrifying speed. Crowdfunding models like Kickstarter; manufacturing databases, such as Alibaba, and new ways of self-promotion like Pinterest or Instagram have created a new generation of entrepreneur designers who are completely independent. In a way this is an interesting development because it has allowed a market that used to be ruled by big companies to diversify. Nevertheless, this production model is much more difficult to regulate and that is what I find disquieting. If we want to revert the serious ecological damage of past decades we need to institute more control over manufacture and distribution processes.

Laposse stands behind his own discourse and practice regarding the design processes that he defines as “industrial” exercises. Succeeding Packard, Laposse seeks to revert the dynamic of both desire and novelty: “regarding my non-consumable or non-biodegradable projects, I try to broadcast a lasting uptake, creating a relationship between user and object. The key is to create objects that spark conversation and that are not easily forgotten or replaced by novelty.”