The email was sended, thank you for sharing !!
Share via email
- Please complete all the requiered fields.
- Please check your email.
Your name
Recipients email
Your message
Skip to content
Design: a system of relations
by Andrea García Cuevas
May 4, 2017 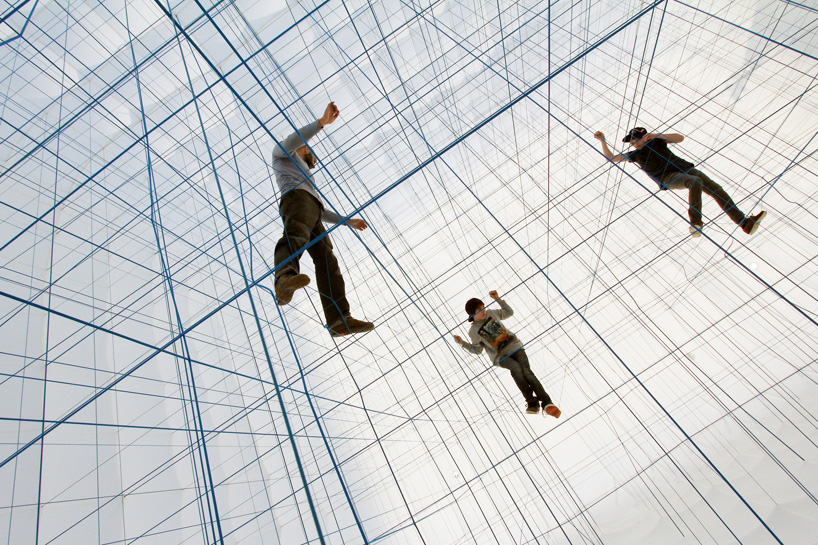 If after the Industrial Revolution the purpose of the industry was the object, at present a design eye has been placed in the system. Facing times like ours, governed by social, economic, humanitarian and ecological crises, which draw critic panoramas at every turn, design practice has begun to rethink its state and its function. More than a fashion and a novelty, it is about an urgent necessity that has been developed for over more than a decade with the aim of being embedded –and not only influenced– in the complexities of the real environment.

It is known that the objective of design is to solve problems. But is it just that? Traditionally designers understand their practice in the broadest sense, and they have been educated by a premise that is a legacy of Modernity: product on demand. The dynamic was simple, a limiting methodology that undoubtedly has defined the shape of the world: a client asks, a designer makes, a user consumes. Thus, industrial designers produced chairs; architects, buildings, and the fashion designers, clothes. No more, no less.

Exceptions exist, many, but the rule has reigned. During a large part of the 20th century the result has been the most important thing. The current context, however, requires designers that transcend their role as producers to become agents. In order to achieve this, Nigel Snoad[1] says that the eye has to be reoriented, paying more attention to the systems and less to the artifact. If design makes tangible the previously imagined, why not think in what it detonates and then result in an object?

In his essay “Systems Design: Working with Change” (The Journal of Design Strategies, 2010) Snoad explains the ancestral tradition of designing life as if it were a standard and fixed model that can be controlled. Now, the effects of this understanding are more visible: with today’s increasing speed of change, not only are more and more bridges being built between individuals and parts of the system, they are being broken down and rebuilt far quicker than ever before. So much for our ability to map, control, and predict outcomes. […] Most services, unfortunately, are designed for a simple world with a small number of neighbors.

In reality, life as a citizen is much more complex.

Snoad distinguishes the conventional sense of the system as a group of immovable rules that “subjugate” us from the idea of a system formed by “individuals interacting with each other”, i.e. the society. More importantly, designing for the systems has a key proposition: bet for change. How? Leaving aside the final result to focus on a process of multiple relationships of all orders.

With this in mind, we seek to explore the design practice as a profession that does not enclose itself in the margins of its own discipline, and the role of designers today as agents that, for better or worse, triggers a series of possibilities with their proposals. Thus, thinking of industrial design beyond the product, fashion beyond clothes and architecture beyond buildings. In other words, design in relation to its social, human, political and economic implications.

[1] Nigel Snoad is product manager for Google’s Crisis Response team, and advisor to the ICT4Peace foundation, dedicated to design strategies and solutions in case of crisis.