The email was sended, thank you for sharing !!
Share via email
- Please complete all the requiered fields.
- Please check your email.
Your name
Recipients email
Your message
Skip to content
Cristina Grajales: Passion for Latin American Design
by Andrea Cuevas
September 14, 2016 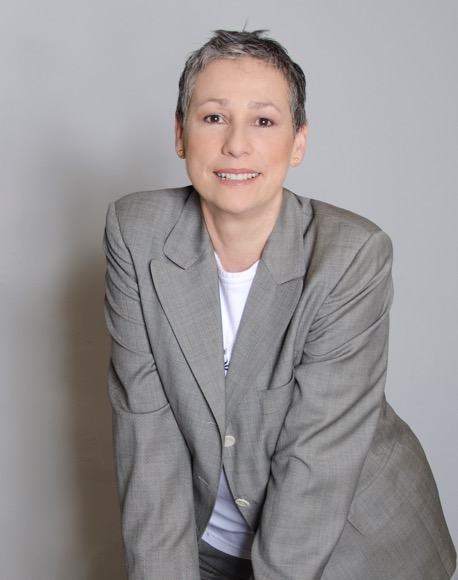 Cristina Grajales is one of the first gallerists in the world of design. 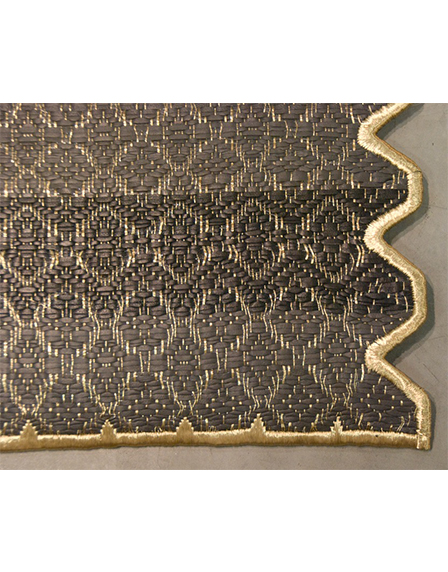 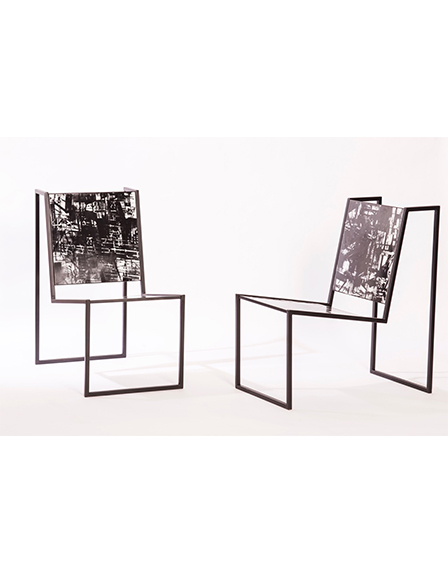 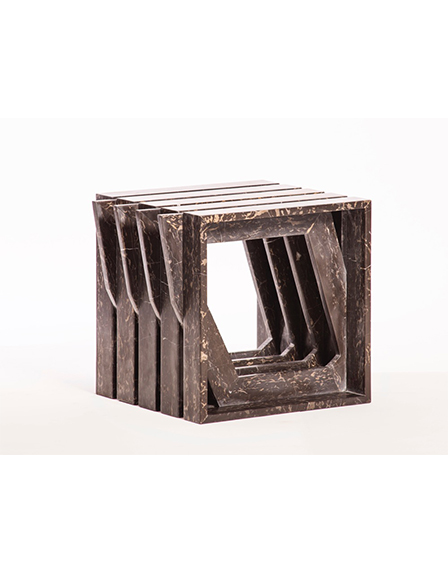 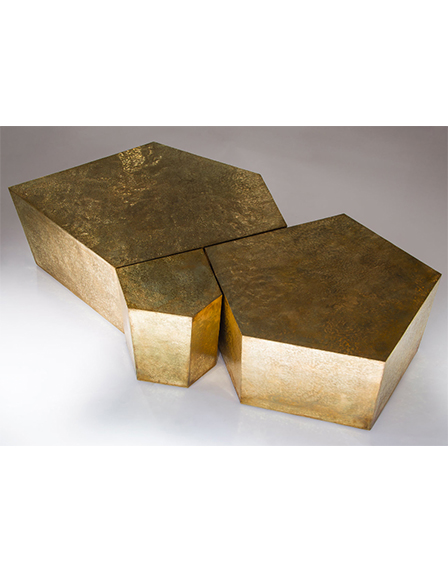 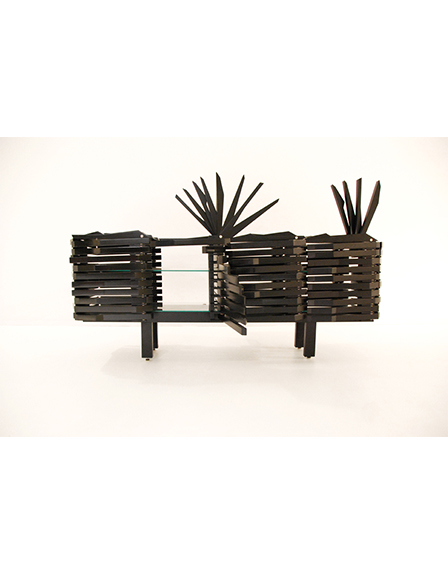 Cristina Grajales is one of the most important patrons of Latin American design working as a broadcaster and promoter of the discipline. Her passion for the great masters of the 20th century propelled her to become a pioneer in promoting designers from this region in a time when the spotlight fell on European design.

Ángulo Cero conversed with the gallerist and patron about her current interest in Latin American design, and the importance of her work in this sector.

1.- Design collecting has increased in past decades. What significant changes have you witnessed since you opened your gallery 20 years ago? What do you think fuels this growing interest?

The greatest changes I’ve observed are lead primarily by the large amount of publications, blogs and programs devoted to design. The sum has contributed in broadcasting projects and educating the public.

2.- As a gallerist you are also driven by an interest in seeing education as an exercise, yet this is an uncommon relationship. How do you conceive an educational aspect in the context of a commercial gallery?

Education, for me, has always been a key part of the business. In 2002 I created a project that revolved around conversations on design for 92Y, which was called “Dialogues with Design Legends.” It was a rousing success, mainly because the idea was to create a democratic design program that included everyone, not just experts, but also the students, housewives and other professionals.

3.- While acknowledging the different parts that are involved in the discipline what is the importance of an education on design?

The purpose of my conversations regarding different branches of design was to share with the public the creation, inspiration, technical and end product processes.

4.- Do you think acquiring a profound knowledge on design will impact the way we consume it?

My gallery was the first to show an interest in Latin American design. We began with the great Brazilian masters of the 20th century, such as: Joaquim Tenreiro, Oscar Niemeyer, Lina Bo Bardi, Sergio Rodríguez, Lucio Costa and Roberto Burle Marx, a genius in garden design. Afterwards we began to work with Jorge Lizarazo and his great textiles enterprise Hechizoo in Colombia. It was a rocky start, especially when speaking of a Colombian company and textiles; at the time, there was a lot of prejudice regarding my country. By peddling education and by presenting pieces in a different context we convinced our clients that Hechizoo was worth their time. Now, 14 years later, their pieces are part of collections owned by Cooper Hewitt and the Museum of Art and Design in New York. Later we began to work with the Chilean artist Sebastián Errazuriz, the Paraguayan Pedro Barrail, the Colombian sculptress Alexandra Agudela and Gloria Cortina from Mexico.

In the last few years and especially since our clients have begun seeing our pieces, not only at our gallery but also in world renowned art and design fairs, people have begun to build trust and a discerning eye for these pieces.

The caliber of designers emerging from Latin America is fantastic. As an example, we are very excited about the opening of a new exhibition by Gloria Cortina in November. She is an outstanding woman with a world of knowledge not only on design but also about her country. What is fascinating about these creators is that they no longer gaze at Europe for inspiration, they are now confident enough to look and study the culture of their own countries, not in a folkloric way, but in a highly refined way. This medley between disciplines is what has taken gallerists, curators and collectors by storm. It shows originality and it is a new market dynamic.

6.- Aside from the many strengths of new proposals in Latin American design, collecting has not taken the region. On the one hand, the buying/collecting culture is nonexistent and on the other hand, there are very few galleries dedicated in broadcasting the work of Latina American designers. For this reason many creators seek the support of galleries abroad, mainly in London and New York. How can new pathways be created for Latin American design?

To be honest, design in Latin America is a fairly new discipline. It is true that at the moment there isn’t a network of good galleries and collectors to support this market, but it grows each year.

8.- The relationship between art and design is a complicated subject that has been exhausted, and yet it’s still relevant. In your experience, how has this relationship been transformed and how has it been conceived in these past decades?

Personally, I have fought industriously to breakdown the barriers between art and design. It is all about education and perception. We have pieces, like Sebastián Errazuriz’s furniture, that shifts easily between both disciplines. Three years ago we had a marvelous example, it happened during Design Miami in Basel. In our booth we had a collection of chairs inspired by the Occupy Movement. The next day I traveled to Finland where the same collection was being exhibited in Camouflage at the Museum of Art in Helsinki. Two different events, and yet the same collection was exhibited; one was a design fair, and the other a museum.

9.- How do you think current society relates to design?

Everyone is fascinated by design; it has become ingrained into our lives and today’s public has become conscious of how to live in harmony with it.

The upcoming exhibiton of her gallery, Gloria Cortina: From Within will travel to Mexico City in February 2017 on view at Galeria de Arte Mexicano.

Cristina Grajales is one of the first gallerists in the world of design, with 20 years of experience under her belt. Since the opening of her own gallery (Cristian Grajales Gallery) in New York she is known for her expertise on Modern and Contemporary design, becoming a patron and supporter of the work by creators such as: Pedro Barrail, Hechizoo Textiles, Tabor & Villalobos, Sam Baron and Alexandra Aguduel, among others. In 2001 she created a program called “Dialogues with Design Legends,” which has become a textbook example on the relationship between education and design collecting.